The Odds of Writing A Hit Song

The Odds of Writing A Hit Song by Roy Elkins

I recently reviewed a list of the current Top 100 songs. Every once in a while I do this just to see how many solo writers appear on the charts. And I am always curious to see how many writers were involved in creating those songs. On the list I was viewing from a pop list in the third week of July, only 94 songs had writers listed, 6 of the songs, the writer field was blank. Of those 94, 359 writers were listed as collaborators. That is just about 4 writers per song. Only 8 songs listed 1 writer. Of those 8 songs, all were written by the artist who performed them.

So the first statistic: A solo writer has a 0% chance of getting a song on the charts if they are not the performer. Now remember, that's just the odds. Although no one has ever played in all 4 professional major sports leagues, it's still possible. If you're a solo writer and not the performer. you still have a chance, but it's a very slim one.

Second stat - If you are writing Country or Pop, you have a 50% chance of getting a song on the charts, if you are willing to collaborate with at least 2 other writers.

Years ago, I worked for a company and was an artist rep with numerous successful artists and songwriters.  One guy, who is now in the Rock N' Roll Hall of Fame, said that he didn't feel he had written a good one until he had composed over 100 songs. It was clear that the more successful he became, the more critical he was of his work. Most great writers believe that their next song is going to be the best they have ever written. But more importantly, most understand that their best work is a collaboration with others.

My point with this. If you are writing by yourself, remember the odds are very slim. Remember that collaborating and listening to other perspectives, always makes a project better. It makes us stretch and hear things differently.  And finally, it increases our chances for success.

A Second Set of Ears by Nathaniel Jones


A Second Set of Ears


I have known Nathaniel Jones for years and watched him grow from a hard working musician to a world class producer.  His productions have style and his ears have taste.  I have also read many of his writings and invited him to share his ideas here as he has used the Broadjam website to the fullest. Hopefully his experience with us, and production in general, can help everyone. Roy Elkins

A Second Set of Ears
By Nathaniel Jones 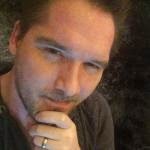 Often when producers are working on their productions, its all too easy to get carried away with our perceived impressions of any particular work, and more importantly, start to hear things that aren’t actually happening in the mix.

When I grow to love something that I’m working on, the last thing I often want to hear is what’s wrong with it, I honestly sometimes only want to focus on the good (and sweep all of the bad under the carpet).

This is quite common with a lot of us.

Eventually though… A wise producer will come to terms with the idea that “others are gifted and know stuff too.”

This is where a network like Broadjam can become priceless to the average producer. At each of your fingertips are thousands of other musicians, producers, and industry pros actively doing what we all love…
Music.

Think of Broadjam as an excellent place to beta test your work in a relatively safe environment because of which.

If you can’t find willing reviewers in your own professional network… You’re in luck, Broadjam has a user Review system as a free service to all members.

Just be aware… The user review doesn’t guarantee a professional review. These are random reviewers (just like you.)

Ultimately though, reviewing can be the best way to meet other artists on the website in general, so don’t rule it out if you’re interested n interacting with others.

Another option is the one Roy Elkins, Broadjam’s founder, has made available through Onliner Notes for artists as well.

I may write a fun filled blog about commonly overlooked etiquettes in user reviewing titled “Bob spelt with two O’s, ” (Warm Smile.) But for now… The mentioned tools will all yield some level of results regarding useful feedback on your work. In closing… Take advantage of your social network on Broadjam by utilising your mass email system, the review mechanism, and by actively seeking advice from others more experienced & wiser than yourself.

It can be a gruelling experience, coming to terms with your weaknesses that is, but ultimately it'll make you Superman regarding your craft.

If someone ever says something you disagree with, you can always repeat after me.